Experts from the US, UK, Australia, Japan, Korea, and Austria presented on a diverse range of topics. These topics included recent advances in research, clinical decision-making to safely mobilize critically ill patients, and culture change in the ICU. The final session was a workshop which included an active exchange of ideas about advancing early mobilization in the Asia-Pacific region.

Throughout the busy 6-hour conference, the audience diligently listened to the presenters with English-Japanese simultaneous translation. This conference will be an ongoing educational event with different Asia-Pacific countries hosting the conference annually. The 2nd Annual Conference will occur in Seoul, Korea in July 2016. 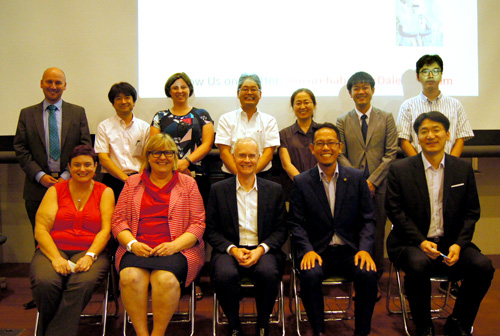 Program and Brochure of the 1st conference is below